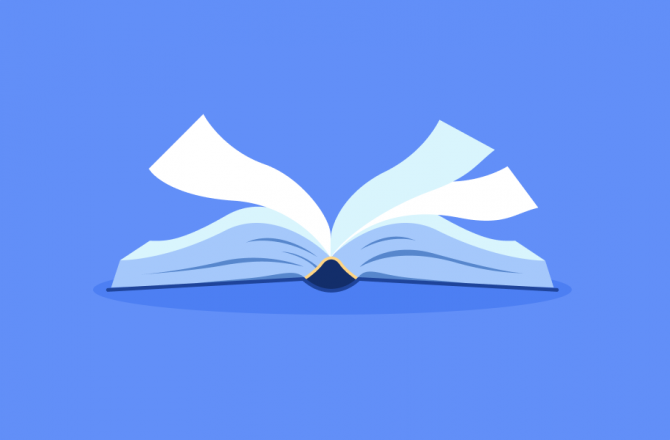 Google “why do startups fail?” and you’ll see thousands of different reasons — from running out of money to co-founders butting heads to ineffective marketing campaigns.

But the one underlying issue that typically tops the list of why startups fail? A lack of market need.

Our next Founder Story series interviewee — Matt Redler, co-founder and CEO of Panther — has experienced this firsthand.

His first two ventures, while great ideas, ultimately failed due to the lack of true need within the market. He set out to change this track record with Panther, an automated global payroll and compliance platform for remote teams.

Keep reading to learn more about Matt’s founder story and how he was able to truly solve a market need for remote teams across the globe.

It was the spring of 2020. Matt was working on closing up shop, as his business was one of the many that suffered due to the pandemic. However, instead of leaving his employees to fend for themselves, he and his co-founder set out to help them land on their feet with new jobs.

“We played startup matchmaker, connecting them to companies where we thought they would have a great landing and be well taken care of, and that the companies would really benefit from their incredible talent,” said Matt.

While this was a spectacularly considerate action for Matt to take, he quickly realized there were far more roadblocks to him helping to find his employees new gigs than he initially anticipated.

From an operational and compliance standpoint, hiring people who live in other countries requires more than just a contract and a W-9. For many companies who want to hire remote talent, they need to have a local branch where the employee is based in order to comply with tax and compliance requirements and regulations.

This meant, if someone was willing to bring one of Matt’s team members on, then they would have to set up a subsidiary file for local bank accounts and understand local employment law, all while setting up accounting, HR, legal, and payroll that will comply with local regulations.

Needless to say, it’s not an easy process. But at the same time, an idea started to form in Matt’s head.

“It was very clear that there was a fundamental breaking point,” said Matt. “The fact that there were businesses that wanted to work with my employees and couldn’t because of red tape.”

For Matt, this was a clear indicator that there was a major pain point and market need. His prior businesses were born out of ideas he had, however here was an actual gap in the market. He knew he needed to pursue it.

“With my prior companies, we started businesses to start businesses. But with Panther, it was very evident before we started, or even had a name or an idea about a solution, that this was a very important problem that needed to be solved,” said Matt.

Make sure you are truly solving a market need, instead of just pursuing an idea. Click To Tweet

Today, Panther’s global employment platform makes it possible for companies to employ and grow first-class remote teams wherever they are.

Having a Global View

His viewpoint significantly expanded when he was introduced to his co-founder Vasil Popovski during the early days of his former venture.

Born in Macedonia, Vasil became Matt’s co-founder at his last company and is currently the co-founder and CTO at Panther, having experienced the same pain points when trying to place their former employees.

“Meeting Vasil fundamentally changed my perspective of how widely distributed talent can be across the globe,” said Matt.

Now, while we are emerging from the pandemic, Matt and Vasil know there’s an even bigger global opportunity. Individuals are no longer hindered by the four walls of their office or cube, and great talent can come from across the globe.

With Panther, organizations can now hire the best person for the job, no matter where they are located on the planet. With this framework, there become millions of employment relationships across the globe, according to Matt.

Hire the best person for the job, even if they may be remote. Great talent can be hard to come by! Click To Tweet

Matt thinks of his businesses as experiments, and encourages other founders to do the same.

“Some non-standard advice for founders would be to think in the form of a hypothesis that needs to be tested, where you can either be proven right or proven wrong,” said Matt.

Use the early days of building your business to test as many hypotheses as you can. Click To Tweet

Matt knows that not every experiment will go well, but the challenges are what make him a better founder.

Another mantra that keeps him grounded? Knowing that at the end of the day, we are all human. Panther.co is his first business-to-business (B2B) startup, and he’s okay with not knowing all the answers right off the bat.

“Be comfortable making mistakes and see everything as learning opportunities to get to where you want to go. You don’t have to be there on day one, or year one, or even year five, you just need to be moving in the right direction upon every step,” said Matt.

While Matt still feels like he is in the early days with the experiment with Panther, he’s extremely excited about the future of the company. He knows that this venture is far different than his previous ones.

“My previous companies weren’t solving the hair-on-fire type pain points,” commented Matt. “It always felt like we were pushing a boulder up a mountain.”

Once, with his previous company, someone asked him what problem he was solving. He froze, and immediately knew that the last 10 months, while rewarding, had ultimately been a waste because he wasn’t solving a problem in the market.

He now knows he’s solving a true hair-on-fire pain point with Panther. Not only that, Panther can have a global impact. This is especially true in emerging markets, where typically talent needs to leave the country in order to participate in best-in-class opportunities, leaving the economy in a never-ending cycle of under-development.

“With Panther, it’s not only about the company, it’s about the ripple effects and the opportunities that we are creating for incredible people around the world.”

How ProvenCFO is Revolutionizing FP&A With Finmark

If you’re a founder or CFO, you’re probably aware that managing cash flow is not only the number one priority, but also…
Josh Krissansen
3 October 2022 | Financial Planning & Analysis

For our Kenny Rogers fans out there, here’s a question: What do “The Gambler” and a startup founder have in common? Answer:…
Finmark
4 October 2021 | Founder Story