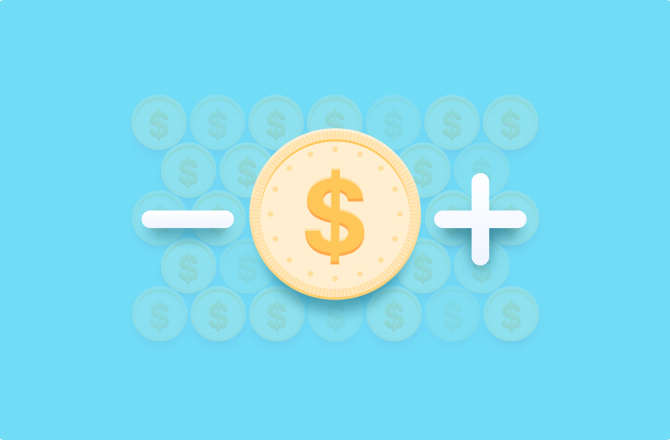 Sometimes making a few small tweaks to an old plan can make it as good as new.

The same goes for incremental budgets.

In a previous guide, we compiled a list of the top five budget models. In this article, we’ll take a deep dive into incremental budgeting to determine if it’s the right budget for you.

What Is an Incremental Budget?

An incremental budget adds or subtracts from the previous year’s actuals.

This budget model is based on the concept that the new budget can be developed by making a few changes to the previous year’s budget.

For many, this is seen as the simplest and most conservative way to budget as it requires minimal maintenance. Plus, you’re not starting with a blank slate, like other budget models.

While this may sound easy as pie, there are a few downsides to an incremental budget. First, you may feel the need to max out your budget to justify a bigger budget, as you already know you may be getting at least the same amount as the previous year.

However, this may lead to overspending versus being cash-efficient. Cost optimization goes out the window as department heads work to spend every last dollar.

If you’re going to use an incremental budget, you need to analyze all your major expenses and have a justification for increasing or decreasing the budget each year.

How Does an Incremental Budget Work?

Just because you aren’t starting from scratch doesn’t mean you don’t put thought into an incremental budget.

Careful planning and consideration should still happen, with costs being justified to upper management, even if it was a line item in the budget last year.

This is a major point.

With incremental budgets, the biggest thing to keep in mind is that you don’t automatically get additional funds because you spent the entirety of your budget in the previous year.

You could even go over budget and still receive the same amount next year, especially if you may not have hit your goals for the year.

At the end of the day, all budgets are at the discretion of decision-makers – whether that is the CEO, founder, or finance team.

If you do go with an incremental budget, be sure to still encourage innovation and out-of-the-box thinking, despite the fact that costs may stay the same.

Many may resort to the status quo with an incremental budget, but as new ways to market your product come to light, you should be flexible with your budget so you don’t miss out on these types of opportunities.

When Is an Incremental Budget Useful?

For many established businesses, the incremental budget model is fairly common, as its simplistic nature with minimal lift is appealing.

But does it make sense for an early-stage startup with moving targets?

Generally speaking, incremental budgets are most effective in industries that have steep competition, given that profits are typically preserved from year to year.

If you’re an early-stage startup in a fairly new industry, especially if you’re looking to create or disrupt a category, you may want to consider a different budgeting model as your costs may fluctuate from year to year as you find product-market fit.

If you’re thinking about adding a new revenue stream, or making significant changes (headcount, new office space, and more) – you may want to wait until costs are more consistent to roll out the incremental budget to your business.

What Are the Pros and Cons of the Incremental Budget Model?

An incremental budget may seem like a no-brainer for a business wanting to get its budget completed and over with.

But as we mentioned previously, incremental budgets may be just a bit too simple for those businesses still trying to make their mark.

How do you know if the incremental budgeting model is right for you? We’ve put together a quick list of pros and cons to help you make the decision.

Get Started Budgeting with Finmark

If you’re an early-stage startup, you may not start with an incremental budget model, but that doesn’t mean you should forget about your finances.

Finmark is financial modeling made easy. We take all of the guesswork out of building a strong financial model. With Finmark you can create and manage multiple financial scenarios for your company and visually compare two models directly in your dashboard. So no matter which budgeting model you go with, we got you covered.

Get started with a 30-day free trial today.

How to Create a Cash Flow Projection: Step-by-Step Guide

Ask any experienced business owner what the most important factor is in staying afloat as an early-stage company, and nine times out…
Josh Krissansen
28 March 2022 | Financial Planning & Analysis

How Finmark’s Puts Entrepreneurs In Control Of Their Fundraising

In our recent blog, we talked about the concept of defaulting dead or alive. As a startup, you want your company to…
Finmark
22 September 2020 | Fundraising

It has been over 12 months since we released version 1.0 of Finmark to the world. Since that time, we’ve made several…
Dominique Jackson
19 January 2022 | News