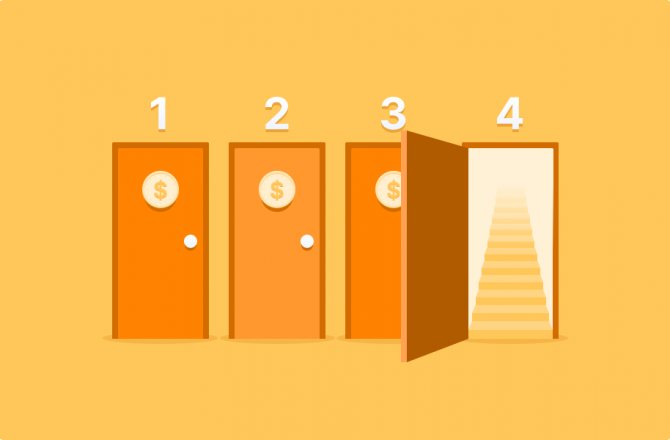 Creating a budget is the most exciting and thrilling part of running a business!

Ok, maybe not. But it’s necessary if you want to operate efficiently and avoid running out of money. A well-thought-out financial plan is crucial for the long-term success of your business!

One of the first steps to creating a budget is to decide on a budget model. However, it’s not as simple as looking at a list of options and choosing one. It’s important to understand the differences between each model and whether or not it’s the right fit for your business.

In this guide, we’ll break down the five most common budget models and help you pick the best approach for your business.

What is a Budget Model?

A budget model is a framework for how you create and manage your budget.

Most people are familiar with the different approaches to budgeting for personal finances like the envelope method or 50/30/20.

Similarly, there are multiple approaches to creating a budget for your business. The model you choose impacts:

Think of it this way. Let’s say you just raised a $1 million seed round. You need to budget it across multiple departments and expenses over the next 12-24 months. What’s the first thing you need to do?

Your budget model gives you a starting point and repeatable system to decide how to allocate your $1 million, and a way to track whether or not you’re over/under budget at the end of each year.

The budgeting model you choose can vary depending on your industry, the stage of your company, and the types of expenses you have.

For instance, a lot of educational institutions (K-12 and college) use incremental budgets, while some tech startups favor rolling budgets. Don’t worry, we’ll dive into what each of those means next.

For now, just remember that a budget model is simply a framework to give you structure and consistency in your budgeting process.

If you’ve searched for information about budget models before, you’ll notice there isn’t a ton of consistency. Some websites use different terms for the same budget models, and others confuse budget modeling with budget allocation.

We’ve simplified things for you.

Below, we’ve broken down the five most common types of budget models that can be used for any type of business. We’ve also included the pros and cons of each to make it easier to decide which one is best for your business.

Zero-based budgeting is where you start your budget with a clean slate each year. Every department has a starting budget of zero, and management decides how much they need based on their priorities and goals for the year.

Essentially, you build a new budget from scratch every year. Every expense needs to have a justification based on how it’ll help achieve your annual goals.

For instance, if marketing wants to spend $20,000 on software for the year, they need to be able to explain what software they plan to buy and why they need it.

A static budget is exactly what it sounds like—you set a budget and it stays static throughout the year regardless of external factors or your company’s performance.

Similar to a zero-based budget, static budgets are based on the desired outcome or expected results.

In other words, if you want to reach $X in revenue, you calculate how much you think it’ll cost to get there, and that’s what your budget is based on. Once that number is set, it doesn’t change throughout the year.

Unlike a zero-based budget, a static budget doesn’t have to be built from scratch each year. You can take learnings from the previous year and just make adjustments.

One of the biggest problems with this budget model is that it can force you into a box. You might make the assumption that in order to reach $100,000 in MRR, you need to budget $10,000 for sales commissions and $20,000 for advertising.

But what if it actually takes $25,000 in commissions and $50,000 in advertising? How do you know if the issue is in the way you spent your advertising budget, or that you just didn’t budget enough? It’s difficult to tell with a static budget because there’s little to no flexibility throughout the year so you can’t make adjustments on the fly.

With flexible budgeting, your budget varies depending on your sales performance throughout the year.

Your fixed expenses like office space, insurance, or utilities will stay the same. But variable expenses directly tied to sales like your cost of goods sold (COGS) and advertising, are based on a percentage of your sales for the year.

Let’s look at an example.

Assume a company is creating a budget based on a projected $5 million in revenue. They budget $1 million for fixed expenses and $1.5 million (or 30% of revenue) for expenses that are directly tied to revenue like COGS.

With a flexible budget, we can forecast how their COGS budget would adjust based on whether they fall below or above their projected revenue target.

Now, compare these numbers to what the budget would look like with a static budget model.

As you can see, the flexible budget paints a much more realistic picture of how much the company will need to spend to reach each revenue goal. The static budget example is less realistic (and less accurate) since there isn’t a correlation between COGS and revenue.

With a rolling budget (also known as a continuous budget) you add a new budget period at the end of the most recent period. As a result, your budget always looks 12 months out (or however long of a horizon you set). 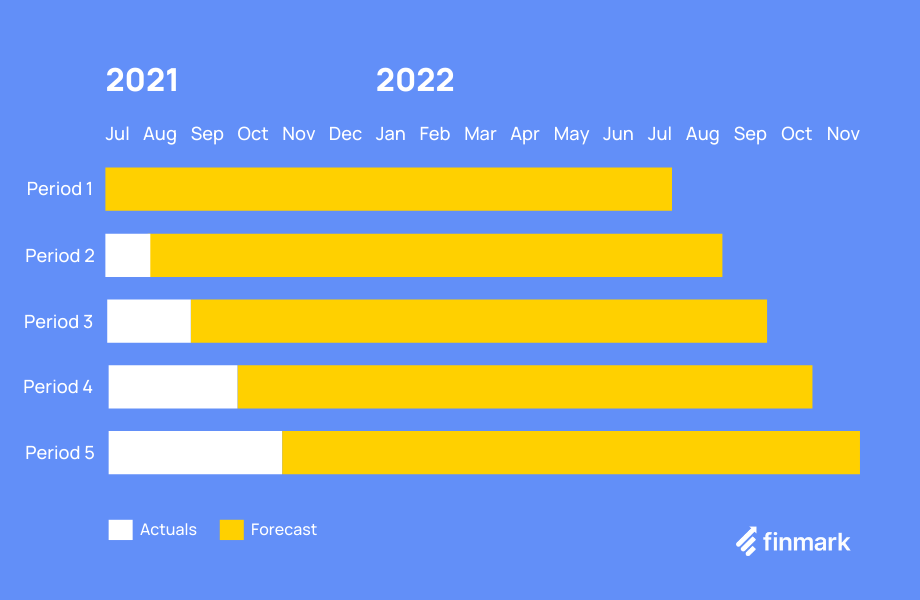 The end result is a budget that’s more accurate since it’s based on recent actuals.

With all of the other budgeting models we’ve covered, the budget is typically set at the end of the year for the following year. The problem with this is that it doesn’t account for everything that changes throughout the year. The way your business looks seven months into the year may be completely different from what you thought it’d be at the end of the previous year.

One of the best examples of how an incremental budget works is actually from the TV show The Office. In one episode, one of the accountants (Oscar) realizes they have a surplus at the end of the fiscal year, and they need to spend it so that it doesn’t get deducted from next year’s budget.

In the clip below, Oscar is trying to explain to the manager (Michael Scott) what a surplus is and why they need to spend it by the end of the day.

That clip is also a great example of the downside of incremental budgets. There’s very little incentive for employees to try to cut costs or operate under budget. If a department wants more money for the next year, they can max out their budget each year to justify a bigger budget next year.

This can lead to inefficient spending because the priority becomes using the entire budget rather than optimizing costs.

One thing to keep in mind is that you don’t automatically get additional funds just because you max out your budget. A manager could spend 100% of their department’s budget and next year they could still receive the exact same amount. It’s at the discretion of the founders, finance team, or whoever the final decision-makers are.

If you’re going to use an incremental budget, you need to analyze all the expenses and have a justification for increasing or decreasing the budget each year.

What is The Best Budget Model?

As you can guess, there isn’t a single “best” budget model. Each has its pros and cons.

However, what we can say is that dynamic models like a rolling budget or flexible budget tend to favor early-stage startups since things are constantly changing.

Whichever budget model you decide to go with, you’ll need a tool to build and forecast your budget. If you don’t want to spend hours trying to do it in spreadsheets, give Finmark a try. You can get started with a free 30-day trial.

Budgeting vs. Forecasting: What’s the Difference? (And Why Both Are Important for Startups)

Do you know the difference between budgeting and forecasting? A budget and a forecast are two of the most important tools for…
Charlene Boutin
19 April 2021 | Budgeting

Picture this: You’re meeting with an investor and they ask you “what’s your expected revenue for the rest of this year?” You…
Dominique Jackson
28 June 2021 | Financial Modeling

How to Create a Cash Flow Projection: Step-by-Step Guide

Ask any experienced business owner what the most important factor is in staying afloat as an early-stage company, and nine times out…
Josh Krissansen
28 March 2022 | Financial Planning & Analysis