Venture Debt 101: A Guide For Founders 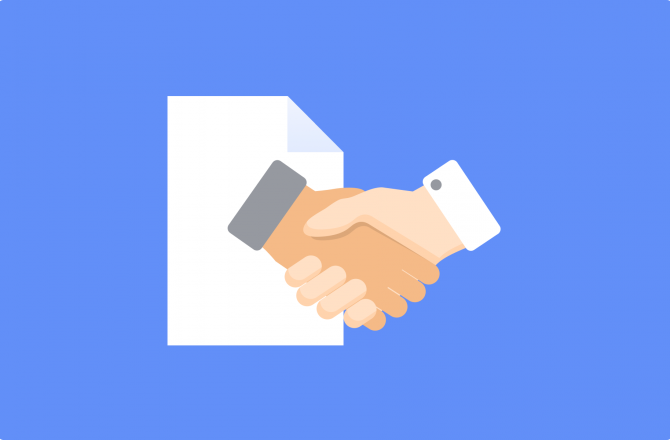 Most startup founders know a thing or two about venture capital, but what about VC’s little brother, venture debt?

Venture debt is an important component of the startup industry, helping early-stage companies fuel development and growth without cutting up the cap table even further.

But compared to venture capital, venture debt is a lesser-known and underappreciated form of funding.

With this article, we’re going to change that.

What Is Venture Debt?

Venture debt is a type of loan offered to startup founders by banks and non-bank lenders (such as venture capital firms).

It’s designed for early-stage companies with a focus on overall growth as opposed to profitability.

Venture debt is not an alternative to venture capital. Rather, it is a complementary form of funding, designed to help startups extend their runway between funding rounds and finance important capital investments.

How Does Venture Debt Work?

Venture debt is essentially a loan.

As with all loans, venture debt agreements include terms such as:

Lenders use the equity funding you’ve received previously as an indication of the value and security of investing in your company, as well as a benchmark for what they’ll lend you (venture loan sizes are typically between 25% and 50% of the amount raised in your previous equity funding round).

Plus, because venture debt is generally available for growth-focused companies, lenders need to know that you’ll have the ability to meet repayment obligations. Being backed by venture capital helps assure them of this.

There are two main forms of venture debt structures:

A revolving line of credit is kind of like an overdraft or credit card. You have access to the amount (let’s say $2M) for a given period (four years, say).

During those four years, you can borrow and repay that $2M (or portions thereof) as many times as you like, including interests as per the terms of your agreement.

Your repayments will be more structured in this case, as the dates and amounts are predetermined.

In either case, venture debt is generally a short to medium-term agreement, with loan terms generally reaching between three and four years.

When Should Startups Consider Venture Debt?

While venture capital tends to be the most popular form of funding, it comes with a significant drawback:

When your startup receives venture capital, you give up a chunk of equity in the company. If your company does exceptionally well, the real monetary value of that equity can be in the millions.

It’s important, then, for founders to find an ideal balance between debt and equity funding types.

In a vacuum, venture debt would be almost always favorable from the founder’s perspective.

However, for early-stage companies who’ve yet to establish a reasonable revenue model and have yet to obtain product-market fit, equity financing is really the only type of capital available, as most institutions won’t lend venture debt to unfunded startups.

In general, then, the best time to engage in a venture debt agreement is immediately after raising a Series A round, as it maximizes the amount you’re able to access (debt lenders often lend based on the venture equity dollars you’re currently holding).

Be careful when using venture debt to extend your runway between funding rounds, however.

Though this is a common approach, it can easily go wrong.

If it takes much longer than expected to raise your Series B, the lender may decide to declare default and call for accelerated payment, which can easily sink your company entirely.

Though venture debt and venture capital aren’t strictly alternatives, it’s helpful to understand the core differences, as you may decide to forgo debt funding altogether and just stick with equity rounds.

Pros And Cons of Venture Debt

Pro: You Don’t Give Up Any Equity

This is a major benefit.

With venture capital, you’re getting funding in exchange for a chunk of your company.

That generally means you need to run important decisions past your investor, but also means that there’s less in the bank for you when you sell or go public.

With venture debt, this isn’t the case. You retain all the equity (or all of the equity you have now, because you’ve most likely already raised an equity round if you’re looking for debt financing).

Con: You Have To Pay The Debt Back, With Interest

The drawback of this arrangement is that, unlike equity capital, you do have to pay back the debt you incur.

Plus, there will be interest charged on top of the principal.

This means you’ll either need significant revenue coming through, or use your equity capital to finance the repayments.

Let’s say you raise a $5M Series A equity round. You draw up a cash runway projection and estimate that it will get you through 18 months.

But, you know that it’s going to take at least 24 months to get your company to a place where you’d be viable for a Series B round.

Taking on venture debt can help extend that runway making it more realistic that you’ll hit the key benchmarks required to raise another funding round.

That means that any preferred and common stockholders (perhaps your equity investors or business partners) will sit behind your debt investor in terms of priority in the event that things don’t go as expected and you need to liquidate.

Pro: It Helps You Build A Credit Track Record

A small venture debt round can be a great way to build your startup’s credit record in pursuit of a large debt arrangement later down the track.

Con: It Can Be Difficult For Unfunded Companies To Obtain

As we discussed earlier, venture debt is by and large reserved for startups who’ve already raised a funding round.

That means the venture debt isn’t really a viable alternative to venture capital. There are, however, other forms of debt financing available, though the terms and amounts differ from the typical venture debt agreement.

What Do Venture Debt Lenders Look For?

Think venture debt is the right solution for your startup?

Here’s what you need to know about what lenders are looking for.

As we’ve already discussed, it’s extremely uncommon for venture debt lenders to work with startups who haven’t already obtained an equity funding round, so you should consider this a primary requirement.

2. You’ve Got A Strong Team On Board

Check out our guide to hiring your first employees to make sure you put your best foot forward here.

3. You Have An Established Revenue Model

You don’t necessarily need to have gushing revenue streams at this point (remember, debt investors are more interested in growth-focused companies).

However, they will want to see that you’ve established how your revenue model works, and have some paying customers to validate that approach

Investors are, by nature, making a bet on the future.

Venture debt lenders need to feel confident that you’ll be able to repay your loan, and this will only happen if your company grows and succeeds.

So, you’ll need to be able to demonstrate the market opportunity you’ve identified, and provide a go-to-market plan for capitalizing on this opportunity.

Venture debt is an important part of the startup ecosystem, and a powerful way to increase your cash runway in between equity funding rounds.

To prove to your lenders that your startup is a safe investment, you’ll need to have some sound financial projections.

Check out Finmark, the financial planning platform for fast-growing startups. Not only does our platform make it easier to present your financials to potential lenders, but you can create a financial model to forecast what growth looks like with or without venture debt.

Book a demo with our team today to take your forecasts to the next level. 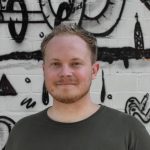 Equity vs. Debt Financing: What’s Best For Your Startup?

Aside from bootstrapping, equity financing and debt financing are the two primary avenues for startup founders to raise cash and scale their…
Josh Krissansen
2 May 2022 | Fundraising

Why Should Startups Track Metrics?

Please have a seat, Dr. Founder. Let’s discuss some general advice that you need to keep in mind when launching and running…
Rishabh Jain
Summer Intern
9 September 2020 | Metrics & Reporting

Budget vs Actuals (How to Compare & Analyze)

When it comes to financial modeling, comparing and analyzing your budget vs actuals is extremely important. You might think you know how…
Charlene Boutin
28 April 2021 | Budgeting